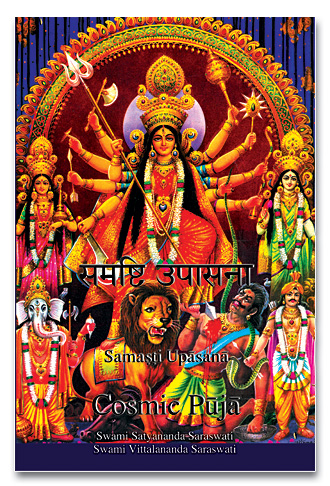 The Cosmic Puja is the meditation and worship of all the forms of divinity in existence. This includes Saraswati, Ganesh, Brahma, Vishnu, Shiva, the Nine Planets, Yantra Puja, multiple offerings, and much more. Swamiji’s chanting masterfully guides the listener into the presence of Cosmic Divine Consciousness.

What an amazing puja! Thank you Swamiji for making this sacred puja available! I have heard that this is the same puja that Sri Ramakrishna performed. What a privilege to listen to you chant it! I just got the book too, so now I can follow along and chant it myself!