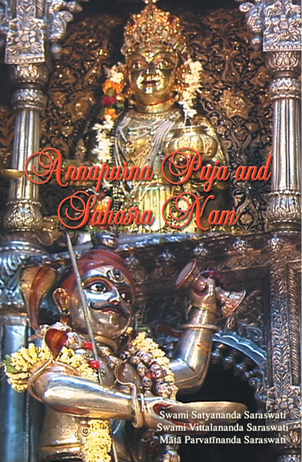 Annapurna is the Goddess who is full, complete and perfect in food and grains. She is the Beloved Energy of the Cause of Peace. Her wisdom teaches us that spirituality is about giving.

We worship her for the attainment of renunciation and perfection. This volume contains the 108 and 1000 names of Annapurna, her meditations, and the famous Annapurna Stotram by Sankaracharya. Complete with original Sanskrit mantras, a Roman transliteration, and complete English translation.