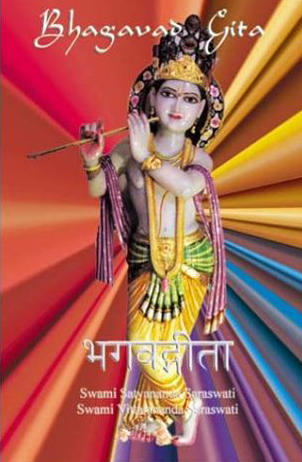 The Bhagavad Gita comes from the 100,000 verses of the epic Mahabharat. It’s 700 verses are rich with eloquent poetry and woven masterfully with Vedic Philosophy. This translation focuses on the inner struggle of the spiritual aspirant to follow their own chosen ideal of perfection in every moment.

Complete with a glossary of definitions for the names of the characters in the story, this translation is not as much a history lesson as it is a lesson that can be applied to the reader’s current situation today. There is no other circumstance in which divine knowledge is more appropriate, and no greater teacher than the Supreme Lord Himself.

This book comes with English translations, Roman transliterations and the original Sanskrit.