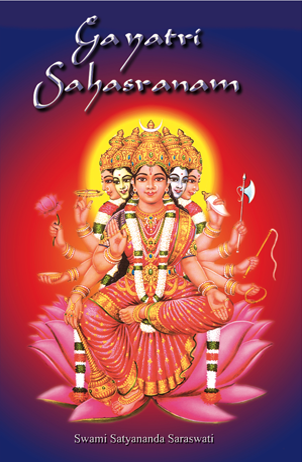 Gayatri is the vibration with which we greet the rising Sun in the morning, and therefore She signifies beginnings.

She also is a meter, 24 syllables to the verse. She is the incessant and relentless pursuit of wisdom. She is the feminine expression of the light of the Sun.

The Thousand Names of Gayatri shares the most succinct philosophies, the most subtle ethics, the greatest ideals of spiritual perfection, expressed in alphabetical order, with rhymes and musical tones in harmonic convergence, and rhythms in orders of mathematical perfection, all in one composition.

One has to bow in awe and reverence at the majesty of thought presented by the rsis!