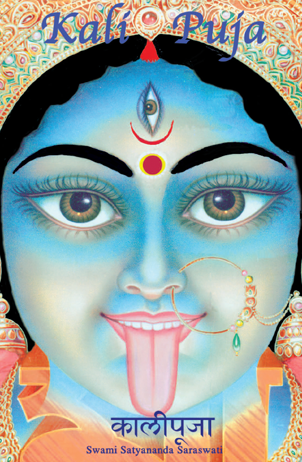 “Kal” is Time, “Kali” is She Who is Beyond Time.  Kali leads our awareness into timelessness.  She is also the Goddess Who Takes Away Darkness. She cuts down all impurities, consumes all iniquities, and purifies the hearts of Her devotees.

Using Kali Puja we can worship Her according to the ancient tradition. This complete system of worship includes an advanced puja, Kali’s thousand names, and the mantras and mudras for traditional offerings, as well as the systems of worship for conceiving spiritual children, offering bhang, and offering alcohol.

Also available to accompany the text is a beautiful audio recording of Shree Maa’s recitation of Kali’s thousand names in both CD and digital download format.