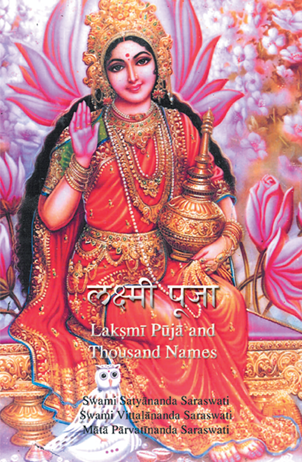 “Laksh” is the goal and “Lakshmi” is the definition of the goal for which we are striving. She represents all that we value in life. Through the worship of Mother Lakshmi, the definition of our path to success is refined and cultivated by her divine traits.

This book has the 1000 names of Lakshmi, and Her system of worship presented in the original Sanskrit, the Roman transliteration and the English translation.