Please click here for a presentation of the Jyotirlingam mantras. 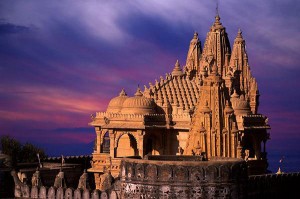 The Divine Mother took birth in Daksha’s house in the form of Sati and after performing tapasya, became Shiva’s wife, and went to live with him on Mount Kailash.

Sati’s twenty-seven sisters were given in marriage to Chandra, the moon, the son of Atri and Anasuya. Chandra was so deeply in love with Rohini, that he neglected his other wives, and so he was cursed by Daksha, their father, and became beset with disease. Both Chandra and Rohini performed tapasya for Lord Shiva, and with Shiva’s blessings he regained his health. Along with this blessing, Lord Shiva conferred his eternal light, which is the origin of the Somnath Jyotir Lingam. 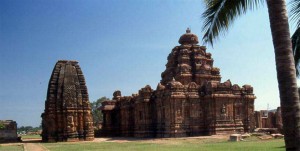 When the great demon named Tarakasura propitiatied Brahma, he gained the boon that only the son of Shiva would be able to slay him. Thereafter, the Divine Mother took birth in the home of Himalayas as Parvati, Daughter of the Mountain, and performed tapasya for Shiva to once again accept her as his wife. After many examinations, Shiva agreed to the marriage.

After many tribulations and much prayer by the Gods, the son of Shiva, Kartikeya, took birth from a ray of light which emanated from Shiva. The six Krittikas nurtured the infant child in the Satya Loka, and Ganga taught him wisdom.

At the appropriate time, the young Kartikeya slayed the wicked demon Tarakasura. Mother Parvati, desiring another child of her very own, brought forth Ganesh.

Ganesh’s head was cut by Shiva’s trishula, as he guarded the entrance to Parvati’s private chamber. Afterwards he was given the head of an elephant, for which he became known as the elephant headed God, Gajanan.

When Shiva and Parvati decided to find suitable brides for their sons, Ganesh and Kartikeya argued as to who is to get wedded first. Lord Shiva bade that the one who circumambulated the world first could get married first. By the time Kartikeya could go round the world, Ganesh went round his parents 7 times (for according to Sastras, circumambulating one’s parents is equivalent to going round the world). Ganesh was married to Siddhi and Buddhi, the daughters of Viswaroopan.

Kartikeya on his return was enraged and went away to live on Shree Saila Mountain in South India. In order to bring him back to Kailash, Parvati took the form of Malli, a village girl, and Shiva became Arjuna, a tribal youth. At the time of their marriage, Malli and Arjuna showed their true forms as Shiva and Parvati, and Shiva bestowed his eternal light for the establishment of the Mallikarjuna Jyotir Lingam.

The Brahmin Devavrata and the cow-herd boy Shreedhara prayed to Shiva for the destruction of the wicked demon asura Dushan, and when Shiva turned the asura to ashes, he bestowed his light, which is the origin of the Mahakaleswar Jyotir Lingam. 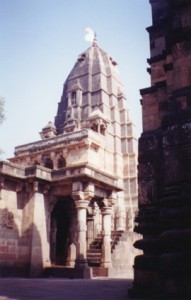 Situated on the banks of the Narmada, Omkareswar is one of the 12 revered Jyotirlinga shrines of Shiva. It is located at a distance of about 12 miles from Mortakka in Madhya Pradesh. The river Narmada splits into two and forms an island named Mandhata or Shivapuri in the center. The shape of the island resembles that of the visual representation of the letter Om. There are two temples here, one of Omkareswar and one of Amareswar.

Legend has it that the Vindhya mountain prayed to Shiva – Omkareswara and was blessed here. Legend also has it that upon the request of the Devas, the Shivalinga split into two, one half being Omkareswara and the other Amaleswara or Amareswar. King Mandhatha of the Ishvaku clan worshiped Shiva here, and Lord Shiva was pleased and conferred his eternal light.

The Omkareswar temple is built in the North Indian style of architecture, with high spires. Devotees consider worship to Panchamuga Ganesha, also to be very auspicious. 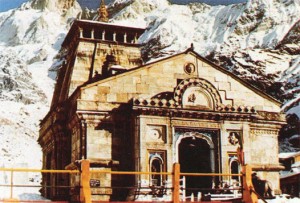 Nara and Narayana offered so much devotion in their tapasya to Lord Shiva in the Himalayas, that Lord Shiva conferred his eternal light, which is the origin of the Kedarnath Jyotir Lingam.

Kumbhakarna and his wife Karkati had a son named Bhimasura. Bhimasura attacked the virtuous king Sudakshin, a great devotee of Lord Shiva. To save his devotee, Lord Shiva turned Bhimasura to ashes and conferred his eternal light. That was the origin of the Bhimashankar Jyotir Lingam. In another story, Shiva took the form of Bhima, the Terrifying One, to slay the demon Tripurasura. The temple is located on the crest of the Sahyadri Hills, and the sweat that poured forth from his body after the battle is said to have formed the Bhimarathi river.

At the beginning, Shiva burst through the earth as a fiery pillar of light at Kashi, which means to shine, the City of Light. This eternal light of Shiva from which Brahma and Vishnu were born, extended to the highest reaches of the heavens, and neither Brahma nor Vishnu could find its origin or termination. That was the origin of the Kashi Vishwanath Jyotir Lingam. Then Lord Shiva took the form of Rudra and went to live on Mount Kailash.

Rishi Gautam and his wife Ahalya worshiped Lord Shiva to bring Ganga down to their hermitage. Pleased with their pure devotion Shiva requested Ganga to flow down and conferred his eternal light, which was established as the Tryambakeshwar Jyotir Lingam. Ganga became known as Godavari or Gautami in the South. 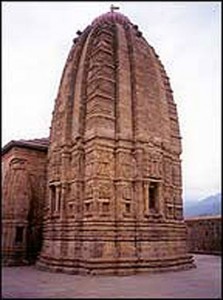 To humble the pride of the egotistical Ravana, Shiva bestowed his eternal light, which was established as the Baidyanath Jyotir Lingam, the destroyer of all disease and illness. 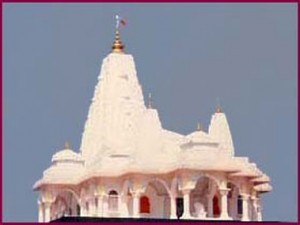 To save his beloved devotee, Supriya, Lord Shiva destroyed the evil demon Daruk, and conferred his eternal light, which was the origin of the Nageswar Jyotir Lingam. 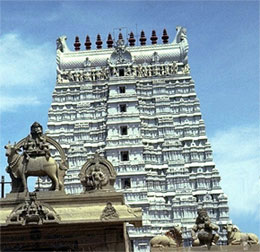 Shiva blessed the incarnation of Vishnu, Rama, with victory over Lanka and the defeat of Ravana, and conferred his eternal light, which was the origin of the Rameswar Jyotir Lingam. 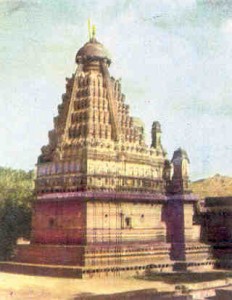 To answer the prayers of his beloved devotee Gushma, Shiva returned her child to life, and conferred his eternal light, which was the origin of the Gushmeshwar Jyotir Lingam.