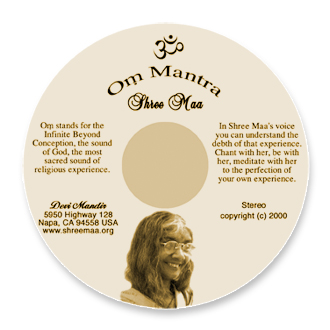 By Uma
This recording is my favorite to listen to while cleaning my house. Shree Maa’s singing seems to bathe everything in the highest purity, and the melody she sings is so infectious, I always find myself singing along! JAI SHREE MAA