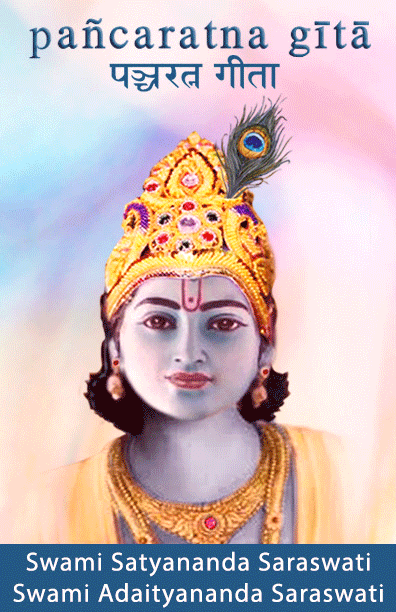 The five jewels are: Gita Mahatmyam, the Greatness of the Gita; Vishnusahasranam, the Thousand Names of Vishnu; Bhishmastavaraja, the King of the Spiritual Songs of Bhishma – the Powerful; Anusmriti, the Remembrance of the Most Subtle; and Gajendra Moksha, the Liberation of the King of Elephants.

These five ornaments enhance the beauty of the Gita, and and create a sadhana which is a stepping stone to the Chandi Samputs.

The material is presented with original Sanskrit mantras (in big and clear font), a Romanized phonetic transliteration, and a complete English translation. Total pages 498.