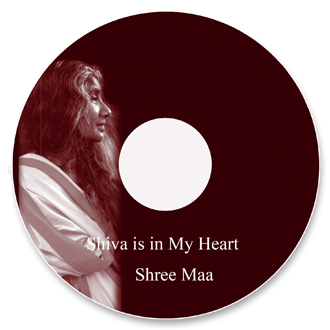 “Shiva is in My Heart” is a series of songs sung by Shree Maa for Lord Shiva, some written by Shree Maa herself.  The songs are full of palpable devotion to Lord Shiva and evoke both intense feeling and light-hearted peace.
Available in Digital Download or Compact Disc

Reviews of “Shiva is in my Heart”

By Allen
Shree Maa, YOU are in my heart! You share such a great gift! You exemplify pure devotion, and “Shiva is in my Heart” exhibits this supremely! Thank you, and please keep making CD’s like this!