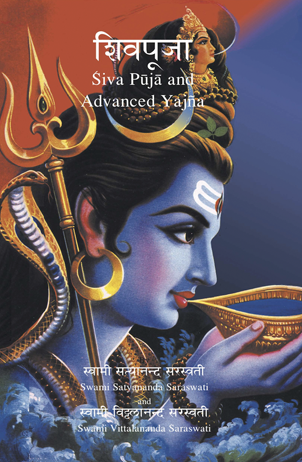 By worshiping Shiva, the Consciousness of Infinite Goodness, we cultivate his qualities of freedom from attachment, and freedom from bondage to this world of objects and relationships. We cultivate the attitude of perceiving the intrinsic reality, not the extrinsic appearance. We identify with that which does not change, and become the witness of the changes of nature.

From this perception, we act and interact with the world remembering the eternal reality. We free ourselves from pain and fear, and see them as passing states of mind, accepting the will of God. This advanced puja contains a beginners puja, an intermediate puja, an advanced puja, making it a one size fits all presentation.

It also includes the system of worship for the sacred fire ceremony and an appendix of bonus material. With all the material contained in this book, it is possible to spend decades studying and refining the worship of our beloved Lord Shiva.