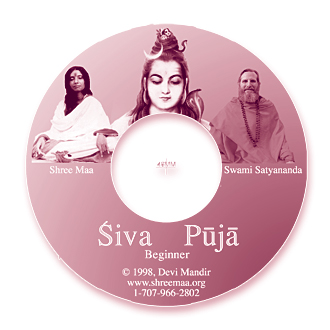 Lord Shiva is the Consciousness of Infinite Goodness. The Shiva Puja Beginner introduces us to His system of worship which includes offerings, the Shiva Chalisa, Shiva’s 108 names and Arati. Swamiji chants this slowly and articulately in order to help the beginner in the process of learning how to chant Sanskrit and understand the meaning.
Available in Digital Download or Compact Disc

Ever since I got this introduction to Shiva’s puja and started to play it to my children, their behavior has improved dramatically. They even ask if they can play it on their own time! Thank you Swamiji, this puja on CD has enhanced the harmony of my household.