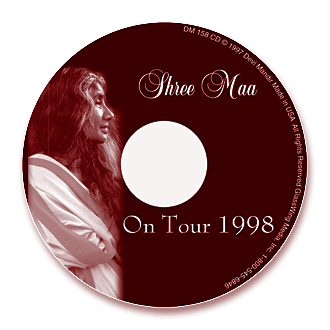 Shree Maa on Tour: 1998 compiles a collection of gatherings that took place across the United States where Shree Maa and Swamiji shared their spiritual inspiration through song and discussion. Accompanying them in song are their ardent devotees and disciples.Available in Digital Download or Compact Disc

By Rajesh
Please take me on your next tour! The feeling I get from listening to these songs…I can only imagine what it would be like to be in your holy presence. Until we meet, I will bathe in the sacred vibrations of this CD.