This is a practical and insightful discussion with Shree Maa and Swamiji, on the relationship between men and women. Reference the article as you listen to Shree Maa’s Discourse.

Click Below to Listen to Shree Maa’s Discourse on Relationships

The Feminine and Masculine Principles

Shree Maa: Today I would like to talk about the relationship between men and women — Swamiji will explain. 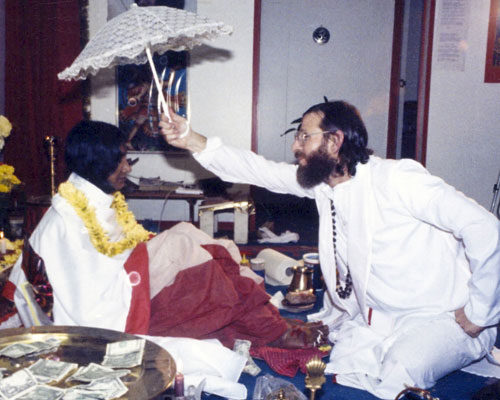 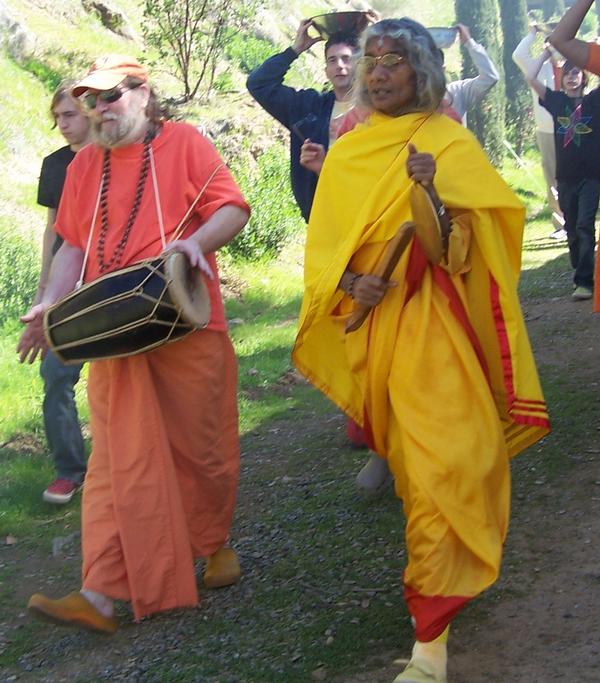 The man is masculine principle, and the women is the feminine principle. One alone, without the other, is not complete. The appearance of duality is, in reality, one body. The left side is feminine, and the right side is masculine. One body is the cause of circumstances, improvement, growth, nourishment, more nourishment and satisfaction.

One alone, without the other, will not be able to manifest these works.

In human life, by the means of both men and women, this universe has come to be.

The Ornaments of a Human Being

Shree Maa: Woman is Mother, and the helper in all acts of perfection. By means of the inspiration of women, the man can aspire to control the modifications of consciousness. Ultimately he can hope to free himself from all bonds and can find in the highest light, the illumination of divine light. He can find liberation.

Now, Mother is going to explain the ornaments of man and woman: The Story of the Sadhu and the Housewife

Shree Maa: Now, Mother will tell a story about an excellent relationship between man and woman:

After many days of performing sadhana, one sadhu, dressed as a beggar, came to take alms from a village house.

Appearing before the house he called out to the housewife, “Mother, please give me something to eat.”

When the housewife heard the voice of the sadhu, she came outside and began to wash his feet, and she gave him a seat upon which to sit.

And the sadhu began to think within his own self, “Why is it that this housewife is giving me such loving service? Is it possible that she has recognized who I am?”

Immediately the housewife gave an answer to the sadhu’s innermost thought, “Oh Babaji, you can’t hide from me. You have come to me disguised as a beggar but I know who you really are.”

The sadhu was taken aback, “How is it possible that this housewife knows who I am?”

He became extremely curious to find the answer, and asked “Mother how is it possible that you know who I am? I am unable to understand who you are. What kind of spiritual discipline are you performing to attain to such knowledge? Please tell me quickly.”

The housewife gave her reply: “First you take your food and thereafter I will describe to you the spiritual discipline I practice.”

The sadhu ate very quickly. And then he said to her, “Mother please tell me, by the worship of which deity have you attained to such knowledge? I have been performing spiritual practices for many, many years and I haven’t understood who you are.”

Shree Maa interjects: “I think lots of you are like that here!”

The sadhu continued, “Please tell me quickly the secret of your spiritual discipline. My heart is palpitating.”

The housewife thereafter invited the sadhu into her home. He saw inside the house there was neither an altar, nor a photo, nor any symbol of divinity whatsoever.

Swamiji interjects: “Mother suggests that we all remain awake!”

Make Peace in this World 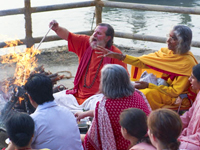 Shree Maa: Human birth is the highest of all births. A human being is defined as one who has controlled their mind. God is within our heart. When we can know that divinity inside without selfishness, then we can illuminate divine wisdom.

Always we have to contemplate. “I am God’s child and God is my own.” This is the highest sadhana.

It’s very simple, is it not? We are so lucky that we are human beings. Why do we forget ourselves? It is very simple. If we give up a little bit our selfishness, the whole world will be at peace. Why do we serve each other with divorce? We came into this world to unite ourselves.

Please wake up! Make peace in this world!

That is my prayer for everybody and my blessing.