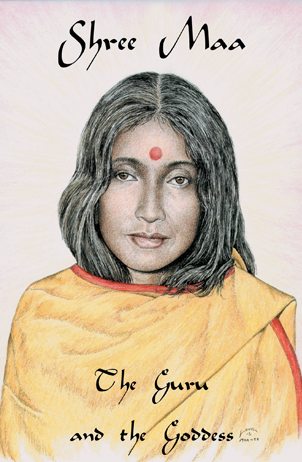 Shree Maa: The Guru and The Goddess
iPad or Android App
by Swami Satyananda Saraswati
Price=$9.99

She is the Guru, She is the Goddess. She is the inspiration for many thousands of spiritual aspirants in many parts of the world.

Her every action reflects the abandonment of selfishness. This book is a powerful combination of important teachings including: the Kashyapa Sutras, the Guru Gita, and the Lalita Trishati.

The Kashyapa Sutras is a series of delightful discussions with Shree Maa and Swamiji in which they share engaging, humorous stories, deep, universal philosophies, and transcendentally sublime songs. The Guru Gita recounts the dialog between Parvati and Shiva regarding the relationship between the Guru and disciple, and how to serve the Guru. Lalita is the playful, beautiful and beloved Goddess. She is also the Goddess who distinguishes the individual forms and names of this creation. The Lalita Trishati Stotra is the three hundred names of the Playful Divine Mother.

These three teachings combine to make a foundation upon which to establish devotional practices. Each three parts of this book are invaluable to lovers of philosophy, the Guru, and the Playful Divine Mother. Complete with Sanskrit, Roman transliteration and English translations. Also included is a list of seed mantras designed to transform negative vibrations into positive ones and a glossary of key Sanskrit words. Complete with original Sanskrit, Roman transliteration, and English translation.

Reviews of Shree Maa: The Guru and The Goddess App