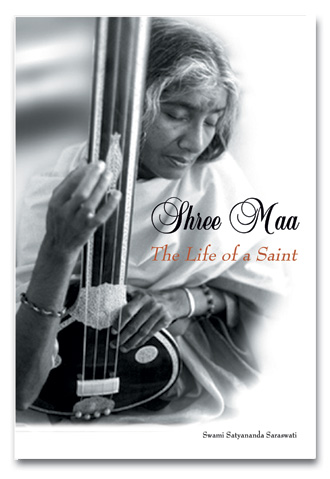 Shree Maa: Life of a Saint, by Swami Satyananda Saraswati

The biography of Shree Maa describes the extraordinary experiences of an enlightened being. Knowing her divinity from childhood, Shree Maa left home at an early age to reside in the seclusion of the Himalayas and devote her life to spiritual practices. Having realized her ultimate unity with God, she has dedicated her life to sharing wisdom and inspiration.  The story of Shree Maa’s journey is a classic example of realizing the human potential, no matter what field of endeavor one may choose.

Shree Maa: The Life of a Saint

By Sushil Choudhury, Inspector of Schools,
Government of West Bengal

Shree Maa is one of India’s most beloved and respected Saints. At last her extraordinary story is being told to the English speaking world!

Shree Maa is the real thing. What a story! Everyone in the spiritual path should read this book.