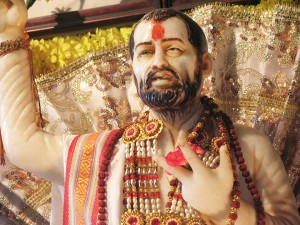 The life of Sri Ramakrishna was so utterly profound that we all should stand back and take note of his great teachings.

In line with other prominent saints, Sri Ramakrishna’s teachings are timeless and can be applied in our daily lives even today.

His greatness was not only that He spoke the Truth, but He also was able to communicate it in such a way that even common villagers could understand.

Some of us, like Shree Maa, had the unique fortune to be in close proximity to this Divine Avatar. Today, all of us have the great opportunity to learn from His wisdom and apply His universal teachings. In one such teaching, Sri Ramakrishna proudly proclaimed:

“Jato math, tato path”
“As many as there are individuals proceeding, so many are the ways to God. All the ways work; they all lead to one and the same destination.” 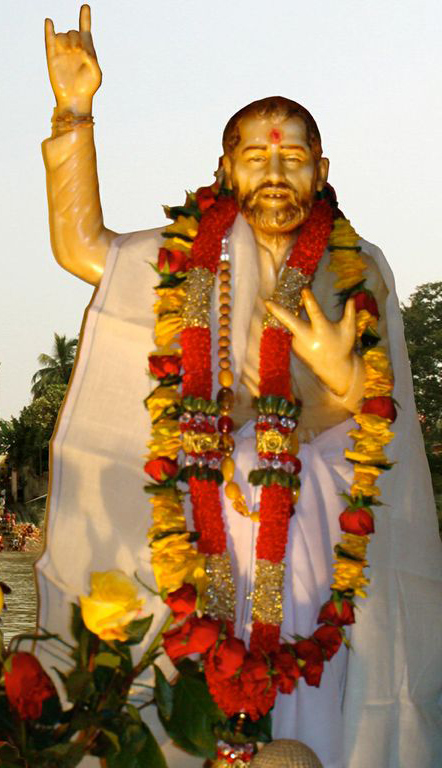 In the furtherance of this understanding, He practiced Islam, Christianity, and almost every sect of Hinduism, and achieved mystical union in Samadhi through them all.

The breadth of His religious studies and practices are unparalleled.

He took initiation into Shakti Tantra from Bhairavi Maa, and into Sannyasa, the establishment of Truth and Renunciation within, from the Vedanta Traditions by TotaPuri.

He studied Sufism with Govinda Roy, who eventually initiated Him into Islam. He started the practice of Christianity when His devotee Shambu Charan Mallik read the Bible to Him.

Born destined for spiritual greatness, Sri Ramakrishna continually described His experiences in Samadhi from his early childhood until his death.

One of the most sacred experiences He describes was when He reportedly had a vision of the Goddess Kali as the Universal Mother: While Ramakrishna’s description of His Samadhi experience is eloquent and poetic, He actually spoke rustic, colloquial, Bengali in His conversations.

I never found His language offensive: only my lack of capacity to implement His inspiration could be called offensive!

He used real-life examples of human values, to demonstrate how foolishly debased we have become.

Shree Maa knew Him even more intimately. She can tell you what He ate for breakfast, how she cooks for Him Bhagan Bhartha; she knows more intimate details then I could ever hope to report.

According to contemporary reports, Ramakrishna’s linguistic style was a bit unique — even to those who speak Bengali.

His speech would contain obscure local words and idioms from village Bengali, interspersed with philosophical Sanskrit terms and references to the Vedas, Puranas, and Tantras.

Ramakrishna’s explicitly sexual language shocked 19th-century Westerners. Even scholars such as Max Müller, who were otherwise His admirers, found difficulty to explain His vulgar style.

Müller wrote that His language was at times, “Abominably filthy.” He admitted, however, that such direct speech was natural to contemporary Hindus, “Where certain classes of men walk stark naked,” and should not be considered intentionally obscene.

Though some may debate the offensiveness of his language, there was never any debate on Ramakrishna’s Divine Nature.

In fact, Mathur Babu, a devotee and supporter of Sri Ramakrishna for 14 years, captured His divine essence perfectly when he gave him his name. He said: “He who came as Rama, and He who came as Krishna; I see that divine being as One in the form of Ramakrishna.”

Ramakrishna’s divine nature was visibly expressed through his boundless devotion for the Divine Mother. He demonstrated that Bhakti (devotion) could be practiced in the peaceful solitude of your own heart in order to experience tranquility in the face of worldly disciplines, continual strife, and discrimination in daily work.

He also proclaimed that God-Realization is the supreme goal of all living beings, and he emphasized that desires, and the necessity of resources in order to achieve those desires, are the supreme impediment to the realization of God.

Sri Ramakrishna is Shree Maa’s Guru and it is easy to see the parallels and the continuance of Sri Ramakrishna’s teachings at the Devi Mandir.

This is why we call Sri Ramakrishna the Lead-Disciple in our Parampar, the lineage which begat the Traditions of the Devi Mandir.