This photograph shows the murti that Trailinga Swami worshiped in his ashram in Banares.

The murti is the image of Krishna with a Shiva Lingam on his head – perhaps the only such image existing. Trailinga Swami made the murti himself to unite his Vaishnava and Shaiva devotees. Along with Kali, it was the main deity of worship in the Temple.

Today, there is an image of Trailinga Swami that is worshiped as well, but the most important attraction of the ashram is the cave beneath the Ganga, where Swamiji used to meditate.

Standing next to the image, raising the crown so we can see the Shiva Lingam on top of Krishna’s head, is Mr. Dixit, who is the pujari at the ashram. (The name “Dixit” is a very respected family title that means, “One who has received and gives Diksha.”)

So Many People, So Many Paths

The unique murti in Trailinga Swami’s ashram offers a glimpse into the expansive spirituality that Trailinga Swami demonstrated throughout his incredible life. His compassion and love transcended religious boundaries and continually remind us of what it means to be truly spiritual.

Trailinga Swami’s Universal outlook inspires and enlivens the Devi Mandir tradition, which is deeply rooted in Sri Ramakrishna’s assertion that “So many as are there individuals, just so many are the paths to God.”

The Walking Shiva of Varanasi

Trailinga Swami manifested the vision of Universal Consciousness in this world; he embodied Lord Shiva. So much so, that Ramakrishna called him the “Walking Shiva of Varanasi.”,

Swami Satyananda Saraswati translates the name “Śiva” as “the Consciousness of Infinite Goodness,” and in the introduction to the Śiva Pūjā and Advanced Yajña book, he explains the syllables of Shiva’s Sanskrit name:

“The letter śa is the illumination of Peace, the syllable i is the Causal Body, va means Union with the Infinite, and the definition of Śiva is the welfare of all objects of perception.”

In order to understand Shiva, Swamiji says to imagine the highest goodness you possibly can. Then make it bigger and better. And, when you can’t make it any better, that’s where the meditation on Lord Shiva begins. 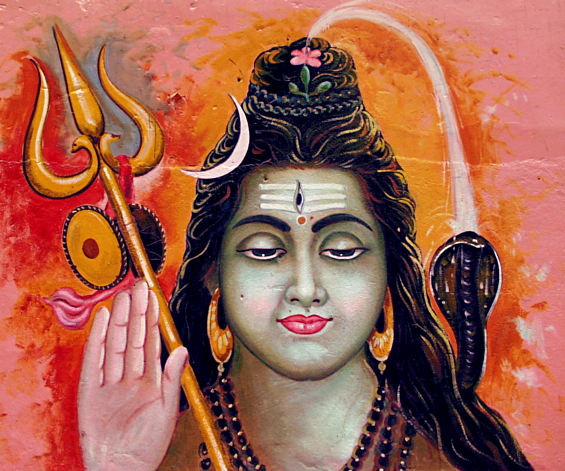 The following stories represent a treasure chest of spiritual wisdom and inspiration from this great Saint that will be valuable to spiritual seekers from all paths and walks of life.

These stories were told by Shree Maa in Bengali and then translated into English by Swami Satyananda Saraswati. We hope you enjoy them.

Shree Maa on Trailinga Swami (Part 2) – Swamiji’s meeting with his Guru, initiation into sannyas, and stories of his tapasya and miracles.

Shree Maa on Trailinga Swami (Part 4) – Stories of Swamiji’s meeting with Sri Ramakrishna and of his Mahasamadhi.