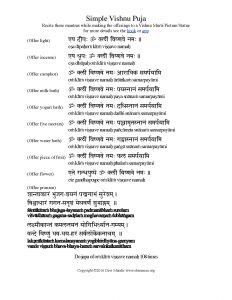 Every day we struggle to understand the Dharma, or right action, for the constantly changing circumstances of our lives. We also struggle to renew the focus of our hearts on love. It is Sri Krishna, the eighth incarnation of Lord Vishnu, who most succinctly guides us in the meaning of love, devotion, wisdom and true freedom from karma.

Swamiji explains that the name Krishna means, “He Who is Beyond Creation, He Who is the Doer of all Actions, He Who Grants the Fruit of all Actions, the Eternal Form of the Universe, and The Most Honored Supreme Divinity.”

Krishna is the most popular and venerated form of God across India. He is revered as the Teacher of the Entire Perceivable Universe (Jagad Guru). Sri Krishna’s most famous teachings are contained in the Bhagavad Gita, which is the most widely translated and read Hindu scripture in the world.

The Bhagavad Gita takes the form of a pivotal conversation between Sri Krishna and Arjuna at the beginning of a great battle. In the Gita, Krishna explains in the simplest and yet most sublime manner, the Sanatana Dharma, a universal path to God, the Eternal Ideal of Perfection. It is a path for everybody — regardless of culture, epoch, or circumstance.

In the holy Bhagavad Gita, Sri Krishna gives gifts of divine inspiration about how anyone can manifest the highest ideals of Divine Consciousness. We can do this in each and every action, such that one’s life and heart become one with God.

Swamiji has very beautifully translated the Bhagavad Gita, which is also available as an iPad App. He has also taught a full series of video and audio classes on the essence of the Bhagavad Gita.

We worship Sri Krishna, who is an incarnation of Lord Vishnu, by performing a Vishnu Puja and chanting the Viṣṇu Sahasranām. Swami Satyananda Saraswati has eloquently given guidance on this puja in the book Vishnu Sahasranam and Satya Narayana Vrat, which is also available as an iPad App.

The holy day, Sri Krishna Janmashtami, is celebrated with joyous feelings throughout India and the world. Janmashtami is the birthday of Sri Krishna, which falls in August-September.

At the Devi Mandir we celebrate Janmashtami with the elaborate worship of Sri Krishna, including the chanting of the Bhagavad Gita in Sanskrit, and lots of singing. These birthday celebrations last until midnight, the time of Sri Krishna’s birth.

We pray each year for His birth in our hearts — asking him to make our lives His playground of Dharma and pure love.

Shree Maa is a loving devotee of Lord Krishna. She has written many divine, heart-melting songs for Sri Krishna. These are available on CDs and downloadable mp3s in the Devi Mandir bookstore.