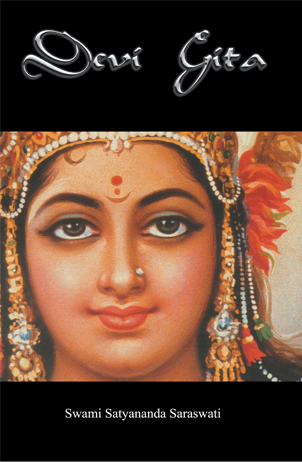 The Devi Gita comes from the last ten chapters of the seventh skanda of the Devi Bhagavatam and presents the magnificent dialogue between Himalaya and the Divine Mother, when She declared that She would take birth in his house as the Goddess Parvati.

Himalaya asked, “How shall I act when I become the father of the Divine Mother? What will be my attitudes toward life? What will be my spiritual discipline? How can I remember Your divinity all the time?”

This book presents a trove of information including a list of the places of pilgrimage in honor of the Goddess, directions for how to sit, how to breathe, and how to please the Divine Mother through acts of devotion. This book is presented with the original Sanskrit, the Roman phonetic transliteration and the exquisite English translation.