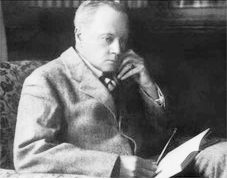 Sir John Woodroffe was an amazing intellectual who left his legacy by translating more than twenty Tantric Sanskrit texts, which resulted in opening the door to the secrets of Hinduism for the West.

Though he was a European man and a Chief Justice for the High Court in Calcutta, his understanding of the Tantras was meticulous and his translations were regarded as classic.

He translated these texts under the pseudonym “Arthur Avalon,” which was a play on the words “King Arthur from the Isle of Avalon,” or a name identified with occult mysticism.

The story is told that as a young advocate of the Calcutta High Court, he rode into the interior of village India while investigating a case.

Although I learned and translated our Puja Paddhotis from other sources, Sir John Woodroffe gave me an example, a vocabulary, an outstanding use of language with which to be specific and precise, and it so happened that I was inspired in the similar direction that he pioneered.

The one difference was that he became an Oxford professor, and I chose to dedicate my life to sadhana. But he was a tremendous resource for me, writing legal definitions for people with legal training to appreciate the unity of Shiva and Shakti.

He stopped to ask directions from a sadhu meditating under a tree, and became so captivated by the ensuing conversation, that he commenced the study of Sanskrit upon his return to the city.

Another story was told that as a Sanskrit student his guru told him he would never be able to pronounce correctly if he slept in a bed. From that time he always slept on a mat upon the floor.

He had the focus and attention of an efficient sadhu as he translated every word of Sanskrit like a judicial decision.

He so much captured the essence of the spiritual message of the Tantras, that his critics called him an “Apologist, a defender of the Tantras, who was trying to prove that they represent a noble, pure, and ethical philosophical system in basic accord with the Vedas and Vedānta.”

While the Christian clergy of that time was trying to disprove the efficacy of Hinduism, and the supremacy of belief in the One Son of God, Christ, to the pagan idolatry of multiple Gods, Woodroffe was talking about the science of spirituality, and the methods of sadhana. In his book The Garland of Letters, he expounds the “non-dual” Advaita philosophy of Shakti worship, describing the evolution of the universe from the One Supreme Consciousness.

When energy is fully potential, it is indistinguishably One with Consciousness; when it becomes kinetic, its manifestations are known.

The Mahānirvāṇatantraṃ, which he translated from the original Sanskrit, contains sophisticated discussions on the nature of sadhana, puja, mantra, yantra, yajna, japa, tapas, nyasa, even the chakras, the five sheaths, the kinds of Samadhi, and the attainment of siddhi.

The Satcakra-nirupana is a translation of the description of and the investigation into the “Six Centers” in the body.

It is impossible to measure the vast influence that Sir John Woodroffe had on humanity. We do know that he greatly influenced our Swamiji, and for that, let us all bow in gratitude.