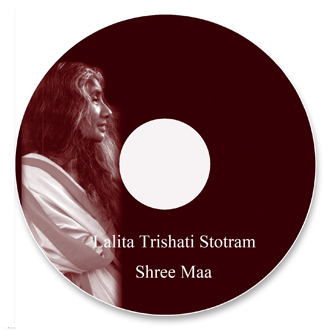 The Lalita Trishati, which comes from the Brahmanda Purana, is the Three Hundred Names in praise of the Playful Divine Mother.  Swamiji intimately chants this text to the Playful Goddess along with musical accompaniment.  The Sanskrit is very clear, making this disc an excellent way to learn the stotram.

By Jay
Swamiji chants this stotram so sweetly! I get tingles as I close my eyes and envision the Playful Divine Mother dance to his singing. I can tell by Swamiji’s recitation that he has a VERY close relationship with the Divine Mother Goddess.  It is also pronounced very clearly so that I can understand and sing along with each shloka. Thank you Swamiji! JAI MAA