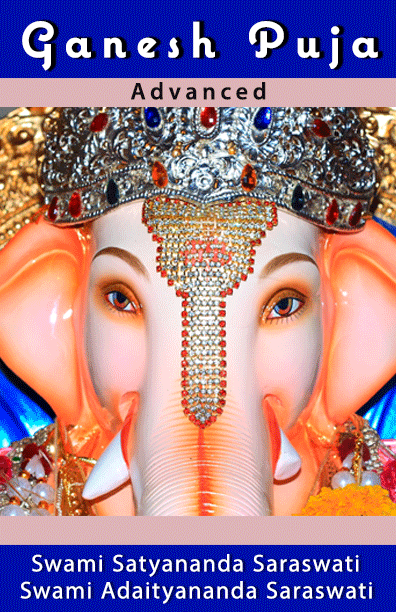 This is a step-by-step guide to the worship of Lord Ganesh. In this comprehensive puja instruction, Swamiji reveals the secrets of puja to Lord Ganesha, the God of Wisdom, in four simple steps: invitation, invocation, offering and union.

“Without Wisdom it is impossible for any seeker to unlock the doors to the secrets of enlightenment. Ganesha grants that boon.” ~ Swamiji

The Ganesh Puja Advanced is an expansion of Swamiji’s original Beginner Ganesh Puja, adding many new stotrams, like Ganeshashtakam and Ganesh Sahasranam. It is recommended for all devotees of Ganesh.

The material is presented with original Sanskrit mantras (in big and clear font), a Romanized phonetic transliteration, and a complete English translation. Total pages 326.