While in Varanasi, Shree Maa, Swamiji and the group gathered on a boat and made our way up the Ganges River to Panchaganga Ghat.

We were about to visit a very special ashram, the Trailinga Swami Ashram. The late Trailinga Swamiji is an important guru of our lineage, and Shree Maa and Swamiji have told several stories about this amazing sadhu.

Having arrived via boat, we started our journey to the ashram by climbing up a very large staircase which was amidst several large buildings. Our beloved Shree Maa sweetly chanted “Om Namah Shivaya” on every step as we noticed little cubby holes carved into the walls with Shiva Lingams inside.

We were grateful to finally arrive at the ashram and, upon entering, the temple priest was very happy to see Shree Maa and Swamiji. It was obvious that they had met before. 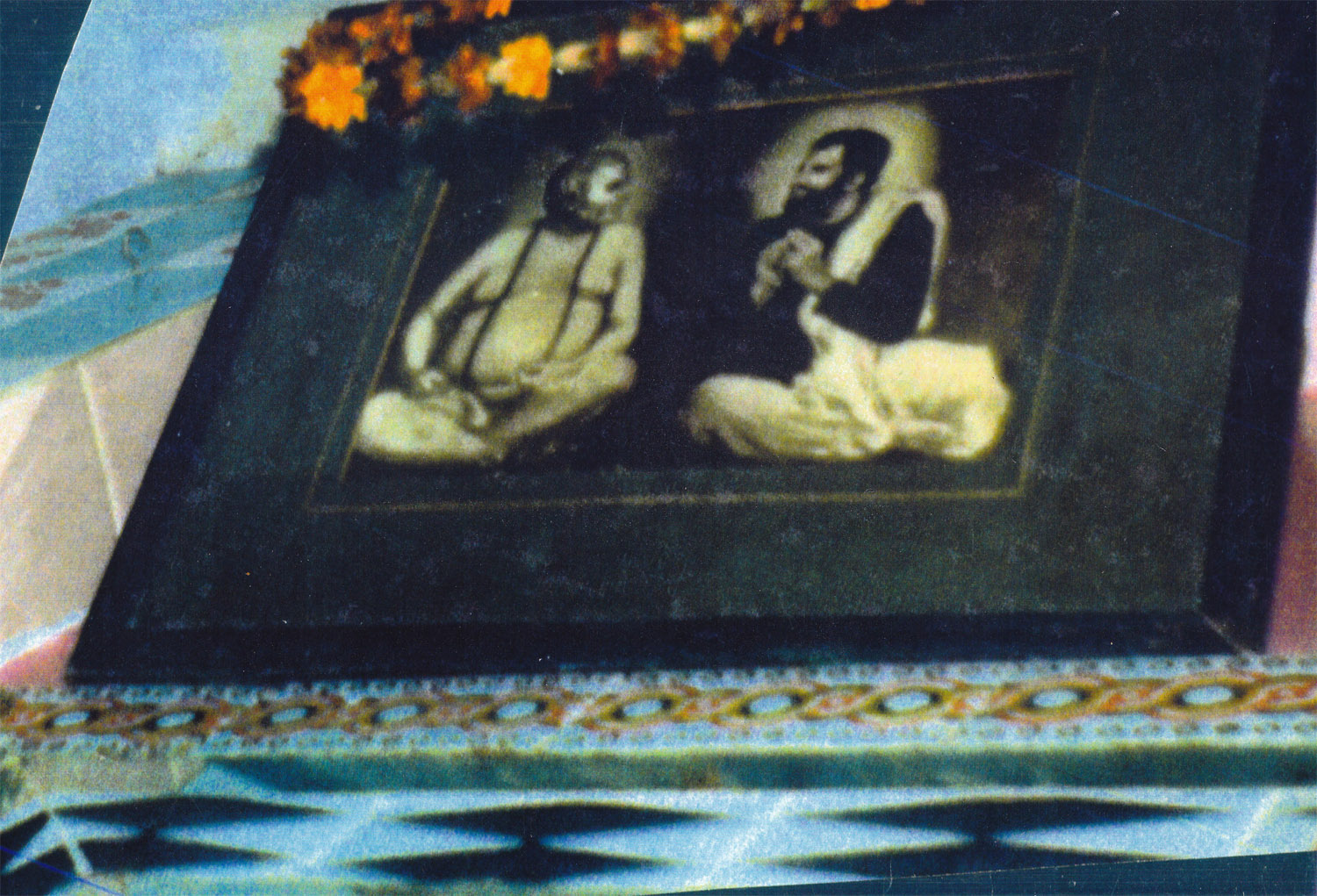 We sat at the entrance of the temple for a short while – just enough time for me to notice that the walls of the temple were filled with pictures of Trailanga Swami, Sarada Devi, Ramakrishna and Swami Vivekananda.

The pictures served as a reminder of Trailanga Swami’s longtime connection with our lineage.

As we headed into the center part of the temple, there was a massive Shiva Lingam. 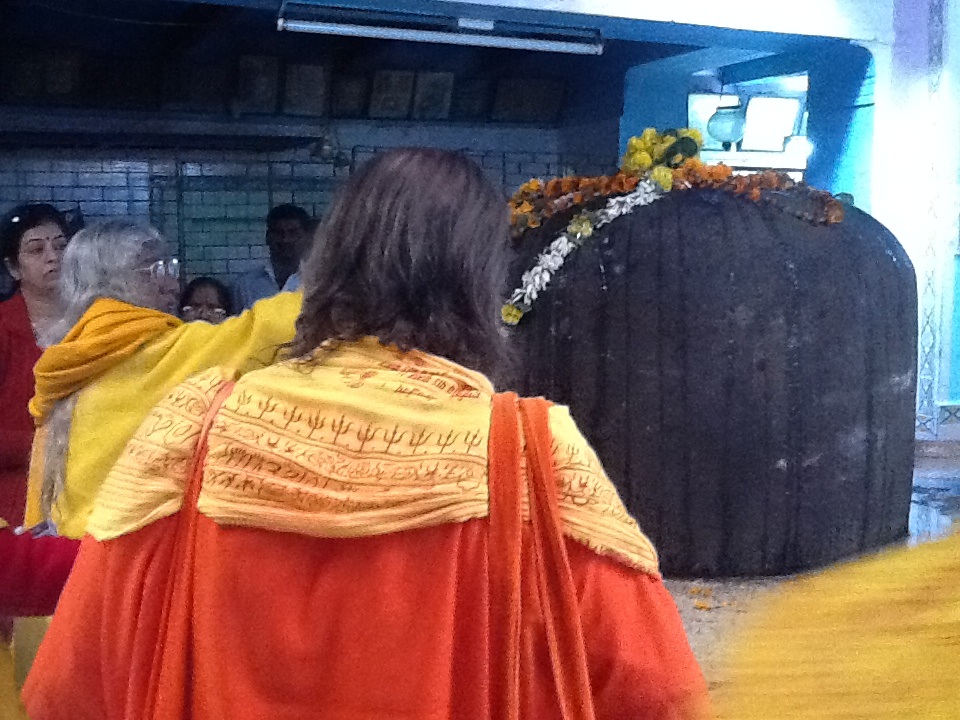 It is believed that Trailinga Swami pulled this massive stone from the bottom of the Ganga all by himself and placed it in the center of temple. Trailinga Swamiji then worshiped the stone as a Shiva Lingam.

With great love, Shree Maa and Swamiji did a full puja to the Shiva Lingam as the group watched.

In another part of the temple was a murti of Mother Kali. This was the same Kali Maa that Trailinga Swami worshiped. The group squeezed into to a small area and recited the Kali Sahasranam. It was so beautiful to be sitting in the temple of the great sage of the past with the modern saints of today. 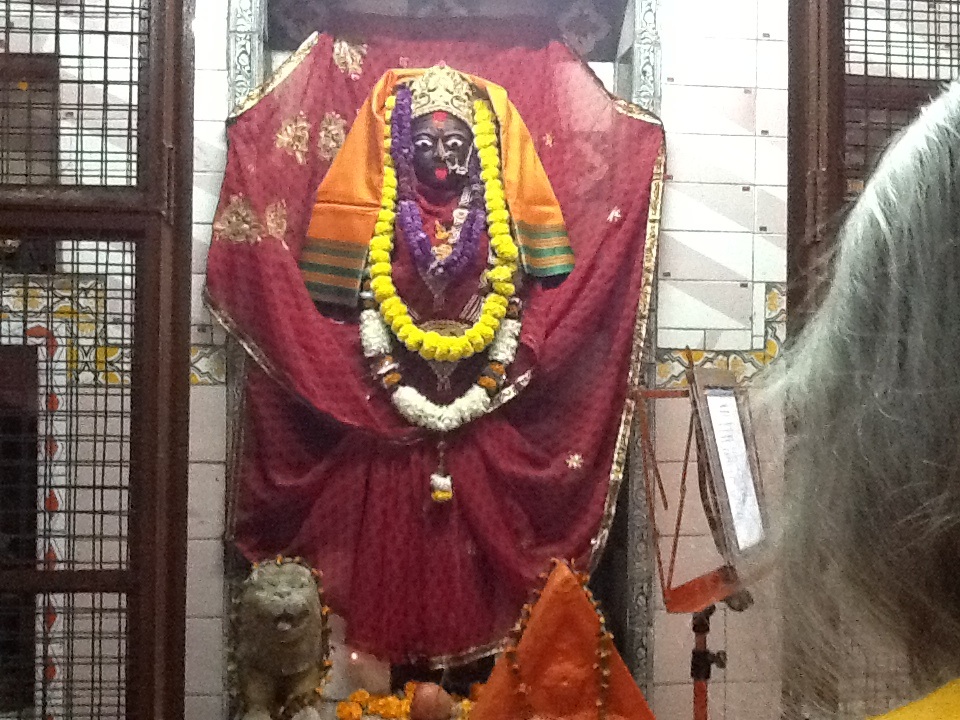 Afterwards, the pujari of the temple gave the special privilege to Shree Maa and Swamiji to perform puja to the Murti of Trailanga Swami, something very rarely allowed for visitors to the temple. Shree Maa had a look of great joy as she worshiped Trailinga Swami. She then took a flower from the Murti and blessed everyone with that flower.

Shree Maa explained that, Trailinga Swamiji told his devotees that it was time for him to go into Maha Samadhi. The devotees began to weep in grief as they begged him to stay with them. Trailinga Swami told them that, if they made a murti of Him, then he would always be there with them. Shree Maa and Swamji performed puja to that very same murti that the devotees made in honor of Him. 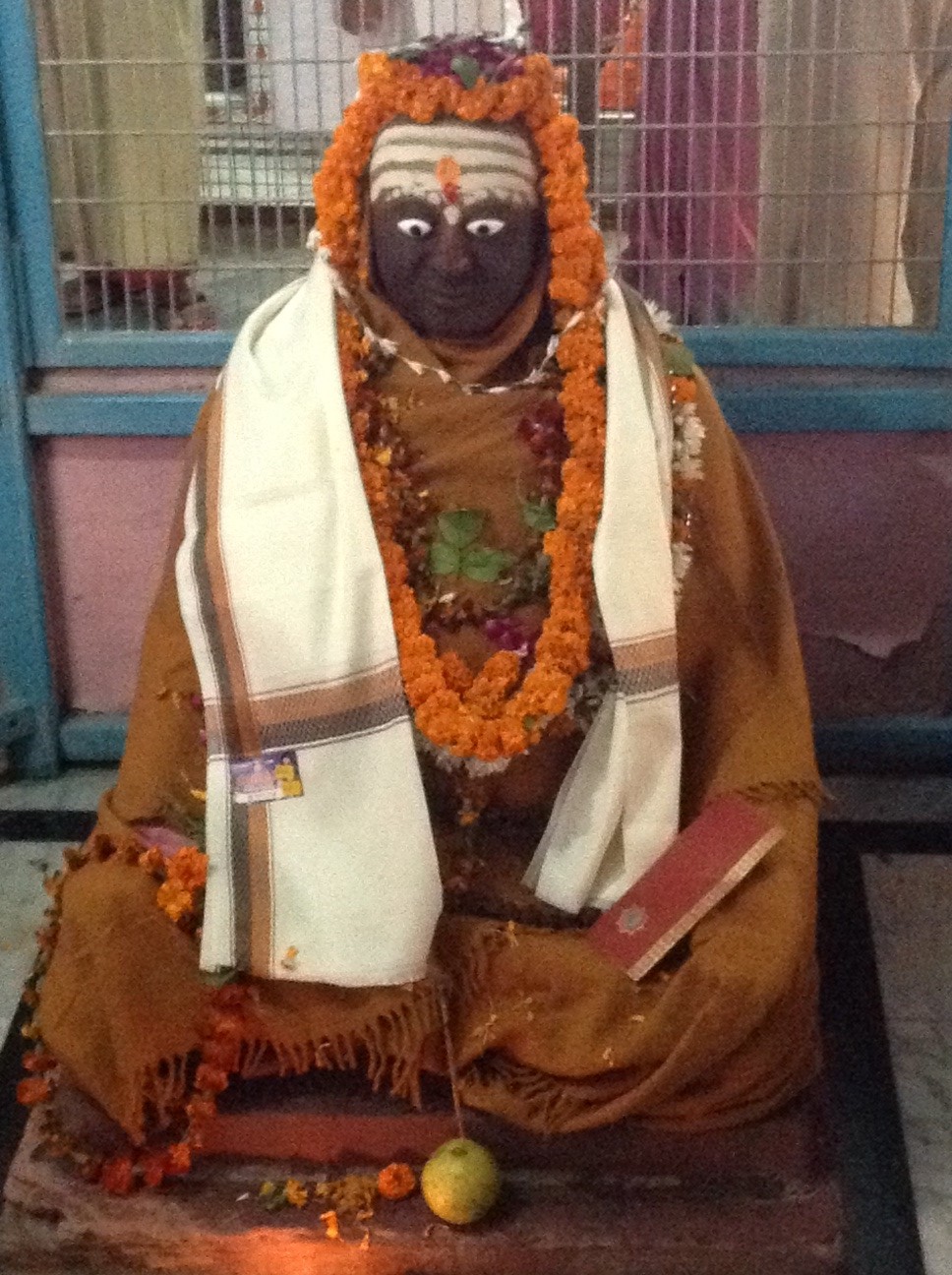 Just below the murti is Trailinga Swami’s Maha Samadhi room. The kind pujari allowed the group to go into the Samadhi room of Trailanga Swami, a room where He often practiced meditation. The room is underground from the temple.

Swamiji remained down in the Maha Samadhi room the entire time while the rest of us were ushered in two by two. In that room we all felt such a silence and stillness as to inspire us to go deep within.

As we left the temple, we all felt a deep connection to the great sage from our lineage, who has such a powerful influence on Shree Maa and Swamiji.