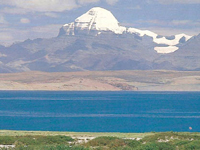 Over the years we have visited many pilgrimage places around the world. Most of these yatras were for the purpose of conducting special vows of worship, pujas, homas, recitation of scriptures, and feeding people.

Enclosed are descriptions of some of the places we have visited, along with what we did while we were there, and in many cases what we found by doing it.

Also, we have included information about other places of worship, where you might want to visit.

Many of Maa’s devotees came to have Her darshan even if for just a few hours from different places in India. One such devotee is Mr. Mitra, an extremely successful lawyer in the Kolkata High court. Mr. Mitra recounted how he met Maa many decades ago when he was a young man. He said he was not at all interested in meeting any saint and even today he said, “I don’t know about God. I know Maa. She is my everything.”

As a young man in college, he went to escort a family member who wanted to have Shree Maa’s darshan but when he saw Maa he was spell bound. In his own words, he said “I became crazy. Wherever Maa went, I tried to go there – by hook or crook. I waited outside the house, in a park, anywhere and anyhow I tried to have Maa’s darshan.”

At that time, he was studying for his M Com (Master of Commerce) exams. He went to see Shree Maa and took with him a packet of incense sticks and other offerings as is customary in India. In the house where Maa was staying, were many devotees waiting for Maa to open Her eyes from deep meditation to do arati. There was a big pile of incense boxes before Maa which had been brought by the many devotees. Maa opened Her eyes and got up to do arati. From the big pile, She picked the “Vaishak” brand that Mr. Mitra had offered and took out one incense stick. She used that for arati. She handed the rest of the packet to Mr. Mitra.
There was a month left for his M Com exam and each day Mr. Mitra took out one incense stick and broke it into a little piece and lit it to guide his studies. Needless to say, Mr. Mitra did very well in his exams and later following Shree Maa’s advice he went to law school and has since been practicing law with “truth”. As Mr. Mitra recounted this story, he smiled and handed a packet of the Vaishak incense and said, “Please light one tonight at arati time.”

One of Shree Maa’s young cousins was reminiscing about her childhood days with Shree Maa. She said that she loved Shree Maa very much as a child but she was very young when Maa left their family house. “She was a mystery to all of us!” Maa’s cousin exclaimed.
In response, I heard myself saying, “We stay with Her everyday now and see Her night and day and yet She is a mystery to us also.”

Next day, all of Maa’s relatives had left and the house we were staying in was quiet. As usual, Shree Maa awoke before dawn and conducted Her Nitya Karma (everyday worship). After worship, She blessed us with tilaks. Everybody was remembering the beautiful days we had spent with Shree Maa’s family and other guests. We recounted this conversation with the young cousin. Shree Maa smiled endearingly and said, “God is a mystery.”

~~OM~~ Trilochan was six years old when I was leaving India. I was carrying a small Casio keyboard around with me, in order to accompany Shree Maa in small events and sat sangh. I turned to him before I left and said, “You take this and learn how to play.” His Dad, Sheojee Tiwari, asked, […]

~~OM~~ Shree Maa and Swamiji at Annapurna Temple We awoke at close to 2 am, all of us excited to get ready to go to Annapurna Temple. Flowers and puja articles were assembled and everybody trooped into different cars. The cars are parked a distance away from the temple and we walked through the narrow […]

~~OM~~ >Double Click the Video to Play< Listen to Shree Maa and Swamijis’ travels in the holy city of Banaras. 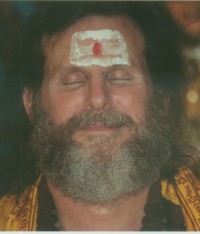 We were on the train to Banaras. It was dusk and the sun’s light was gentle and soft. Shree Maa and Swamiji were sitting besides the window in our train compartment and the rest of us were peering outside along with them. The country side was so beautiful and we could see little huts, cows […]

Our plane touched the sacred soil of Mother India on March 11, 2008 and our hearts were filled with love and joy! Shree Maa and Swamiji humbly bent down and bowed down to Mother India as soon as we got off. Swamiji has explained to us that Bharat means the land where the Light of Wisdom shines. Today, even amidst neon signs proclaiming malls and global brands, we still see the eternal light of Divine wisdom shining and feel the sweet love of God in the lap of Mother India.

We were taken to a devotee’s house which was decorated with marigold flowers and lights and most of all devotion to Mother and Swamiji! We went to their temple room which had many little Shiva lingams, numerous deities and beautiful pictures of Shree Maa and Swamiji. The shrine room is small and can seat only 10 people.

We walked around the house and saw the living room. It was decorated in a modern cosmopolitan style – with western European hand sketches, an ancient blouse from the Mughol era and decorative statues. Maa and Swamiji said, “We will make a temple here.”

In a matter of minutes, the couches were moved and space was made on the northern wall. A long table was placed and Chandi Maa’s picture housed in the middle. The walls were decorated with artificial flower garlands. Shree Maa placed two beautiful vases of flowers besides Chandi Maa. She was smiling at all of us – in Her new home! We brought a Shiva Linga for Maa’s puja and all other deities came running too!! Besides the main altar, Maa made an altar for Ganesh on the right and Thakur Ramakrishna on the left. Tea candles were placed all around the altars and incense sticks were lit.

Maa started ringing the bell and lit the arati lamps! She was singing to God and our hearts were brimming with delight! The room was completely transformed – from a room for dinners and parties to the divine abode of Gods and all devotees. In a matter of minutes, we learnt from Shree Maa and Swamiji, make place for God and God will come! We learnt that as we create a divine atmosphere outside, we create space within ourselves for divinity to reside.

That very evening, we had satsang with arati and little singing. Our host, Maa’s devotee was drowning in tears of joy, adoration and love. The whole community joined us in singing to God and feeling divine presence in our lives.

Bara Maa, Shree Maa’s mother, came today along with many members of the family. After twenty-five years their family joined in one place. We all joined in arati. After arati, Summi, Shree Maa’s niece, sang. It was a great delight for us all. Listen Here… This is Shree Maa’s immediate family. They all met in […]

~~OM~~ Patal Bhuvaneshwar looks over steep green valleys to the Himalayan foothills, beyond which lies the glorious view of the snow-capped mountains from Kailash to Yamunotri. Between Gangolihat and Berinag in Pithoragarh District, the atmosphere remains pure and uncompromised from when rishis performed their tapasya over several hundreds of years ago. View of the Himalayan […]